The Jupiter/Saturn Conjunction - and watch out for 2021

They're calling it The Great Conjunction because in astronomical terms, it's pretty impressive.

Not since 1632 have these two planets - both of them mighty, large, heavy masses - been this close together, so close that they appear as a very bright star in the sky. It has long been speculated that a conjunction of these two heavies were the "Star in the East" which was seen and followed by the Three Wise Men (bear in mind if you will, that these guys were probably astrologers/astronomers so they knew what they were seeing and the possible significance of this rare event).

Fast forward to the Winter Soltice (that's today) of 2020, when the conjunction of Jupiter and Saturn will be as close and extact as it can be. Both planets have been edging closer together as they move though the home strait of Earth sign Capricorn to cross the fininishing line and enter Air Sign Aquarius today, 21st December. Slap bang on the Winter Solstice, when the Sun (from Earth) appears to stand still. What we experience here on Earth (in the northern hemisphere) is the shortest day and the longest night; a time of wonder for our early ancestors who lived their lives closely attuned to the seasons, to the environment, the movements of the heavens, and the position of the Sun, our star.

I've previously written about significant planetary movements in 2020, and you can read about it here.

But what is happening right now, as we hurtle towards 2021? The cases of Covid-19 are alarmingly on the rise, a new variant of the virus has emerged and in the UK stringent new lockdowns have been established in large areas of the country. The vaccination programme is in the initial stages of being rolled out, and the UK teeters towards the real possibility of a no-deal Brexit with stuttering on/off negotiations on a trade deal with the EU. Many countries have already closed their borders with the UK for fear of the virus spreading beyond our shores, and lorries carrying goods from continental Europe are backed up for mind-boggling miles into the county of Kent, triggering fears of shortages. Merry Christmas? I don't think so.

So let's look at the qualites and energies of this significant Jupiter/Saturn conjunction and how they might throw some light on current events and set the scene for 2021. The pair of them together remind me of the "Push-me-Pull-you" animal in Dr. Doolittle, each side tugging in different directions which are mostly completely opposing.

Jupiter qualities are concerned with largesse, big gestures, adventuring, like the Star Trek mission statement of "boldly going forth where no-one has gone before". Jupiter sees the big picture and takes in the potential of the whole, but may not always look before it leaps, so Jupiterian actions can be risky. It's great on vision, on looking ahead and seeing fresh ways to go, but a touch of casual sloppiness can creep in whilst it's in pursuit of new horizons. With Jupiter, think big, and listen to Holst's Planets Suite, where Jupiter is tagged as "The bringer of jollity". The usic speaks of this and Holst knew what he was writing about here as he had studied astrology - albeit the more traditional style, not the Huber Method.

Saturn qualities on the other hand are almost the complete opposite. Saturn is renowned in traditional astrologky for being the grumpy old killjoy of the solar system, associated with the stiffness and stuffiness of old age (Holst's piece in Saturn is tagged "The bringer of old age", the music correspondingly slow and on the gloomy side). But where would we be be without Saturn, with its qualities and energies of restaint, caution and risk-aversion? Saturn offers structure, form, systems, shape, boundaries (but don't let them become high brick walls), organisation, and a scientific approach so we don't leap in without first checking out the facts, or dangers and drawbacks. There are some pretty useful qualities around there.

So - we have the go-ahead/hold-back aspects of this conjunction going arm-in-arm into the Air sign of Aquarius, itself famous for it's forward-thinking/let-it-all-hang out stamp, thanks to the musical "Hair" and the song "The Age of Aquarius" (and that show was around in the late 60's/early 70s). There's nothing new here - this may be the moment we've been waiting for.

Aquarius, as an Air sign, is concerned with ideas, thinking, communication, freedom, shared-interest groups, independence, science, incongruity - you've probably got your own pet thoughts about this sign and you'll get the drift. But place Jupiter and Saturn, both with the potential to bring out the BEST of their own qualities in on this sign, and we could be in for some more interesting times in the year ahead.

In the Huber Method, planetary energies and qualities are viewed as being able to operate and be expressed at three levels. These, in astrological psychology, are evident in observable human behaviour; the levels as Asleep, Waking and Awake. So Jupiter Asleep would be indolent, lazy, over-indulgence, but Waking or Awake it could be an astute, clear, inclusive and forward-looking vision of the future and an innate wisdom of how things could be.

Saturn Asleep would be fears, doubts, hanging on to what feels secure, being stuck and not wanting to budge. Waking or Awake it could be carefully researching ways of obtaining better security, ensuring that any safety nets required are of the highest quality to do the job and being like a wise mentor, helping others by sharing knowledge.

Put these two planets operating not at the lower, Asleep level, but at one or both of the higher levels of Waking and Awake, into the "Age of Aquarius" sign that they'll be travelling through together for the best part of 2021, and we have a potentially formidable duo who could work wonders - with, of course, the co-operation of we humans if we are are capable of rising to the challenge of these trying times to help steer way through for us all; the vaccines are already being worked on or rolled out across the world.

But bear in mind Pluto, still hanging in there in Capricorn, which Jupiter and Saturn have now left, although Jupiter does bob back there a couple of times in 2021, but it moves faster than Saturn and goes on its way into Pisces a year from now. That leaves Saturn to continue more slowly and sedately, perhaps laying down firm structures and systems, based on the adventuring vision of Jupiter. Something our sparkling duo in this conjunction share is the capacity for WISDOM, maybe something to hang on to as a positive on this darkest day of the year.

Pluto stays in Capricorn until 2024, quietly getting on with the job of clearing out the old, outworn and no longer relevant attitudes, structures and organisations that have become crystallised over a long period of time. It's as though Pluto is riding postillion to Jupiter and Saturn, bagging and dumping the "unwanted on board" stuff as it goes. Expect some establishments to fall. In the UK, Scotland is urging for Independence and with a General Election in May the result will be interesting to say the least. In May, Jupiter moves off into Pisces for a short while, maybe after it has prepared the way for the vision of Scottish Independence - and that would certainly involve Pluto's transformative qualities as postilion rider.

These are simply my thoughts on our current situation. I'm not a mundane astrologer so I've viewed the current conjunction, the solstice, and the Zodiac signs involved through a more general lens of what all of this might mean for some of us. It's not a prediction, just my take.

Comment if you like, add to the pot, but only if you have something valid, valuable, relevant and respectful to say. 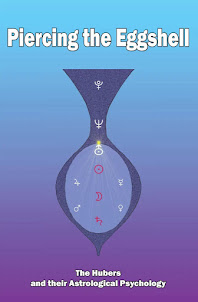 Newly published! The story of the Hubers and how they developed astrological psychology

Mural, Houston, Texas         Being kind. It's something many of us have beome more aware of since early March, when life as we'd gr... 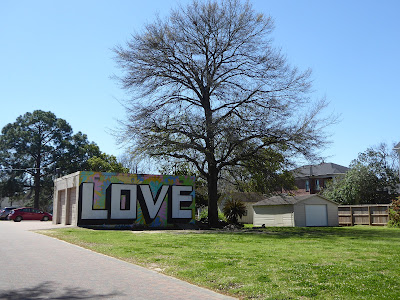